There are a lot of exciting things going on… here are some I think you might enjoy. 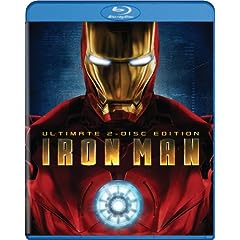 Iron Man releases on DVD & BluRay today. At Target BluRay was sold out by lunch even out here in Tracy (ie: the sticks). If you’ve got a PS3 nab it, if you don’t have a PS3, buy one its a tremendous value if you compare it against the cost of a vanilla BluRay player.

Christianity is about living life the way our Creator intended us to. God put nerve endings in fun places for a reason! Most preachers won’t touch the Song of Songs with a 20 foot pole because they can read it without blushing. Shame on them! It’s a wonderful book, an explicit book, and lays out the great wonders that are intended for a married (maaaaaaarrrrrrrrriiiiiiieeeeeeeeeddddddd!) couple to draw closer to each other than you thought was even possible.

Mark Driscoll has the guts to take on this book. I encourage you, sit down with your wife or husband and watch these sermons together as a couple; Christian or not you’ll learn something and grow closer together and hopefully even have a new perspective on the life that Jesus Christ and God the Father have in store for us. Watch them all here.

The first ever Grand Prix of Singapore was this weekend, and it was the first ever night race for Formula 1. And what a race it was! Absolutely beautiful, the cars look better than ever in those lights. Hit YouTube for all the video you can get if you missed it! 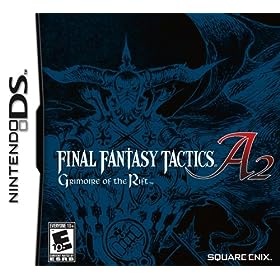 If you missed the news, back in June the next installment of Final Fantasy Tactics was given to the world: FFT A2 for the Nintendo DS. Any FFT die hards (such as Tamarah and myself) will want to pick it up. Of course, a PSP re-release of the origonal FFT came out a while back, we both used it as an excuse to pick up PSP’s because it added multiplayer!! Tamarah and I love goin’ head to head on the plains of Ivalice.